Islamabad, Pakistan, is home to IB’s corporate headquarters. The primary goal of the Intelligence Bureau is to monitor politicians and their political activities in the United States. It is fighting terrorism to thwart the actions of other nations’ secret services. Director-General of IB directly reports to Pakistan’s Prime Minister on IB’s actions.

Charles MacGregor was Shimla’s quartermaster general and chief of the intelligence division when this incident occurred in 1885. Charles MacGregor was a personal envoy of Queen Victoria who served in the British army. Because of the Russian invasion of British India in the late 1800s, the primary goal of IB was to monitor Russian troop movements in Afghanistan.

Partition of Pakistan’s Armed Forces occurred upon the country’s independence, and this included the IB. Also, in Karachi, the Pakistan Intelligence Bureau was set up.

The Inter-Services Intelligence Agency (ISI) and the Military Intelligence (MI) of the Pakistan Army are the other two oldest secret intelligence agencies.

Disappointing details and subpar performance by Military Intelligence (MI) in 1947 were not commendable. As a result, IB was preoccupied with domestic security matters and thus unable to develop a foreign intelligence collection.

An in-depth review led to ISI being established in 1948, with the responsibility for gathering strategic and international information at all levels of command falling immediately on its shoulders. However, nominations for IB are made by Pakistan’s Prime Minister and must be approved by the country’s President.

Arrests by IB agents are strictly prohibited. Officials from the IB report to the FIA to continue arresting and questioning the suspects.

Before taking the oath of office, judges and Pakistani diplomats may get the requisite security clearances from the Bureau. 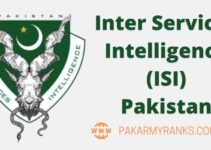 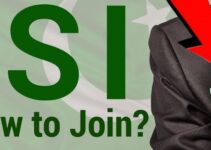