Home
News
We Still Don’t Know Who is the First Lady of Pakistan?

The newly elected Prime Minister of Pakistan Shehbaz Sharif has started his engagements at PM’s House in Islamabad, but the PM House is unable to confirm who is the country’s first lady at the moment.

According to details, when the PML-N President Shehbaz Sharif was elected Prime Minister of Pakistan, his son Hamza Shahbaz Sharif and niece Maryam Nawaz were present in the gallery of guests but his wife was not seen. Who will win the title of First Lady of Pakistan?

The reason for the dilemma is Shahbaz Sharif’s three marriages, two of which are still intact.

According to BBC, a member of the Nationa Assembly (MNA), Shehbaz Sharif has written the address of Model Town Lahore in his details in the directory of the National Assembly where when contacted, they said that they don’t have the information, so PM House should be contacted. However, the staff confirmed that “since the beginning of political activity in Islamabad, there has been no one from home.”

The same thing happened at the Prime Minister’s House, now the residence of Shehbaz Sharif, and staff at both the Protocol and PSO offices blamed each other, saying, “We still don’t know who the First Lady is.” 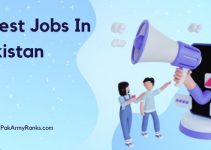