Here is a list of the Presidents of Pakistan:

Prior to becoming President, Alvi served as a member of the National Assembly of Pakistan and as the Speaker of the National Assembly. He has also held various other positions in government, including serving as the President of the Pakistan Dental Association and as a member of the World Dental Federation. Alvi is known for his work on healthcare and education issues, and is a strong advocate for the use of technology in governance.

The first President of Pakistan was Iskander Mirza. He held office from 1956 to 1958. Mirza was born on November 13, 1899 in Murshidabad, India (now in Bangladesh). He received his education at Aligarh Muslim University and Oxford University, and later served in the British Indian Army.

Mirza was involved in the independence movement in India and was a member of the Muslim League, a political party that advocated for the creation of a separate Muslim state in India. After the partition of India in 1947, Mirza served in various government roles in Pakistan, including as the Governor of East Pakistan and as the Minister for Interior and Defense.

In 1956, Mirza was appointed as the first President of Pakistan by Governor-General Malik Ghulam Muhammad, following the adoption of a new constitution that established Pakistan as a presidential republic. Mirza served as President until 1958, when he was deposed in a military coup led by Ayub Khan. Mirza died in exile in London in 1969. 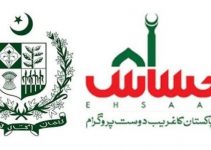