The Pakistan Army obtains conventional guns and ammunition from Pakistan Ordnance Factories in Wah Cantt. It was completed in 1951 and employed around 27000 people. POF is the world’s largest defence-industrial complex, producing weaponry and ammunition by international standards. The Ministry of Defense is in charge of it.

Following are the anti-tanks we have in Pakistan:

The Pakistan Army receives guns and equipment from Pakistan Ordinance

The Pakistan Army tanks are listed in this section. Let me give you a quick summary of the Al-Khalid tank. Its name is derived from the legendary warrior Khalid Bin Waleed.

There are two types of Armoured vehicle launched bridges in service: 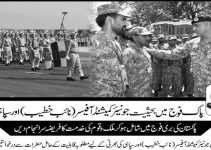