The most attractive thing in the Pakistan army for females who are sitting in their homes is the Uniform of lady officers. The female cadet training is another exciting thing for them. But now such girls can fulfill their dreams of army training and wearing this beautiful dress by joining Pak army through a specific course.

Initially, there was only demand for medical ladies in Pak Army as doctors and nurses, but now there are many posts for females in Pak army who are in different fields of study other than the medical field. Many girls ask what are the qualifications for a female to join the Pakistan army? The following post will tell you about the female jobs in Pakistan army in different non-medical fields.

Jobs for Females in Pak Army After Intermediate

The Girls with only F.Sc pre-engineering/F.A/ICS or A level cannot join Pakistan Army at all with this qualification. They have to study further and get higher qualification if they want to join this sacred institute, the Pakistan Army. Only F.Sc pre-medical girls can apply after F.Sc for doctor or nurse.

Jobs for Females in Pak Army After Gradication (16-year Education)

The Non-Medical females recruitment in Pakistan army is done for Short Service Commission through Lady Cadet Course in with higher qualification in 7 ways. The selected girls will become female cadets in Pakistan Army and there is a 6 month training for them in PMA Kakul .
This course is announced only one time in year. For 2023, the lady cadet course will be announced soon.

The following category consists of education and teachers. The ladies with M.Sc degrees in Chemistry, Geography and Management Sciences and the ladies with M.A degree in Economics, Pakistan studies and Islamic Studies are eligible to apply in Pak army. These female captains in Pakistan army will join Army Education Corps (Core) after successful passing out.

The girls with Food Sciences and Nutrition (4-year program) degree, MBA Finance degree and MBA Supply Chain Management degree are also eligible and can become commissioned officer in Pakistan army with the proud. These programs are included in the Army Service Corps.

The girls with Textile Engineering (4-year program) degree, MBA Finance degree, and MBA Supply Chain Management degree are also eligible. These programs are included in the Corps of Ordnance. So the MBA girls can go in two different Corps. One is Army Service Corps and the other is Corps of Ordnance.

The girls who have done Engineering (4-year program) in Electrical, Mechanical, Computer Hardware, Mechatronics/Avionics, Bio-medical can also become the part of Pak army. These inductions are made to include females in Pakistan’s army Corps of Electrical and Mechanical Engineers or EME Corps.

The 4 year B.Sc/B.E degree in Computer System, Computer Software, and Telecommunication for girls can make them Information and Computer Technology Officers ICTOs in the army.

Hence, there are a lot of jobs for females in Pak army who are in different fields of study other than the medical field. All the above 7 category come under Lady Cadet Course (LCC). The girls who are doing the job and have 2 to 3 years experience are also eligible to join Pak army. The girls with the private MA degree or M.Sc degree cannot apply to Pakistan army. The Captain rank is awarded to all the girls after a Six month of successful training at PMA. 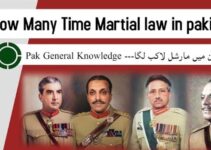