The new website launched by the Chairman of Pakistan Tehreek-e-Insaf Imran Khan, Imported Government Na Manzoor (namanzoor.com) has crashed due to the high traffic of overseas Pakistanis.

According to details, the former Prime Minister of Pakistan Imran Khan launched a website in the name of Imported Government Na Manzoor (Namanzoor.com) on Friday to raise funds from the overseas Pakistanis.

Imran Khan has made the announcement of the website in a video message to overseas Pakistanis. He said that let’s thwart the conspiracy and take the country towards elections.

Imran Khan has said that a conspiracy to change the government was hatched under external interference. He said that 220 million people were insulted by imposing the most corrupt persons of Pakistan on the people.

The website of Imported Government Na Manzoor has been crashed due to high traffic. The overseas Pakistanis are searching the website for supporting their leader Imran Khan and donating to his party as well. 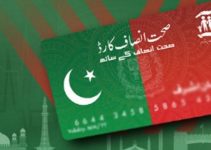