After the independence from British Government on August 14, 1947, there is also a bitter fact that Pakistan remained under the army’s rule for almost half of its life. Pakistan has a complete history of Martial Laws that dates back to 1958. This short guide is all about the Martial laws in Pakistan list, dates, their details, and other necessary information that you need to know about.

After completing the service by Governor-General Ghulam Muhammad, Major General Iskander Mirza was the next authority person. He started his services as a Governor-General on August 7, 1955. It’s a fact that he could not meet the coordination rules and build relationships with the premiers at that time.

Muhammad Ali Bogra was under Iskandar Mirza, but due to the worse situations, he resigned and was replaced by Chaudhry Muhammad Ali up to September 12, 1957. Need More Information About the Martial Law of Pakistan and Need Legal Advice in Pakistan Must check this Lawyer in Islamabad. There are many competent lawyers in Pakistan that provide services to people.

During the rule of Mirza, he approved some laws in the assembly based on the resolution and were previously adopted on March 12, 1949. In October 1958, the President of Pakistan Mirza made a 12-people cabinet, including many well-known personalities such as General Azam Khan, Manzoor Qadir, and Zulfiqar Ali Bhutto.

After one year, General Ayub became the first Marshal of Pakistan and took over the authorities for about four years. After four years in 1962, he lifted martial law and provided the presidential form to the government again.

The second martial law was implemented by the Army Chief, General Yahya Khan. His full name was General Agha Muhammad Yahya Khan, who dissolved the assemblies and became the president on March 25, 1969. He took all the authorities and powers in his hand and selected three members as Chairman. He issued provisional constitution orders to become the all-in-all of Pakistan. After that, Zulfikar Ali Bhutto took over martial law and became the administrator in 1971.

General Zia Ul Haq implemented the third Martial law after the rule of Zulfikar Ali Bhutto. All the political parties were banned, and all the national and provincial assemblies were dissolved, and it was one of the tragic incidents for the people of Pakistan.

On October 1, 1971, the court dismissed the elections and discussed martial law. After their discussion, General Zia Ul Haq had to take off the martial law and give the government to the relevant personalities. In this way, martial law ended finally.

In October 1999, the Pakistan government again came under army or martial law in simple words. At the time, the well-known personality general Pervez Musharraf implemented martial law and dissolved all the assemblies. It was a tragic moment for the Pakistani public because they were facing the 4th martial law, and it was the worst martial law of history and the longest one also.

He ruled Pakistan as an army person to 2002 and also served Pakistan as president till 2008. During his rule, three personalities served Pakistan as prime ministers of Pakistan. It is said that Pakistan had to face the worst time and attributes like corruption load setting and many others fear things in his government. After 2008, the Pakistanis finally got rid of army rule.

Martial law was declared in the history of pakistan for 4 times.

On 14 October 1999, Musharraf appeared on television to declare a state of emergency and issued a Provisional Constitutional Order that ultimately suspended the writ of the Constitution of Pakistan and dissolved the National Assembly and four provincial assemblie.

Still, if you face any difficulty regarding anything about Martial Law In Pakistan, feel free to ask us in the comment section. Our Pak Army Ranks team is always looking forward to solving your queries as soon as possible. Besides this, give you valuable feedback in comments and share the article with your friends and family members. 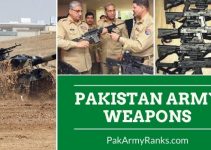 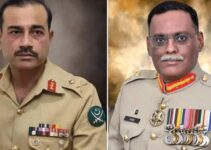